This tuxedo cat had to have her leg amputated, due to a previous injury. Soon after, Jet was adopted and now lives a happy, healthy life. 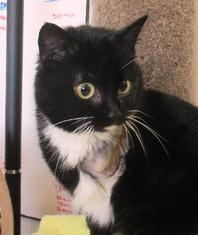 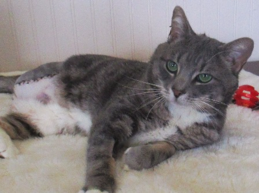 An adorable 3 month old Shepherd/Pit Bull Cross, required a leg amputation due to an injury that caused considerable nerve damage resulting in the loss of use of her right front leg. 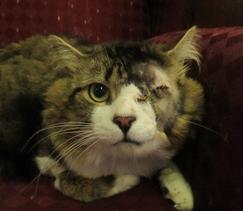 ​Barney, a 2 year old Labrador cross, came to us as a stray on January 2, 2016. When he arrived, he was limping on his right front leg and was immediately taken to the veterinarian for X-rays.

It was discovered that Barney had been shot and that there were still fragments of the bullet in his leg. Due to the severity of the injury, it was determined that Barney had lost use of his leg and it would have to be amputated. In less than a week after his arrival, Barney's surgery was complete. A few days later, Barney found his forever home.

​By donating today, you can ensure that those who need it most, can receive the emergency medical care that they need, as soon as possible.​ 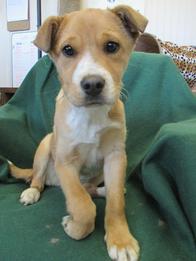 This domestic short hair needed to have his back leg amputated, due to the loss of nerves and muscle mass. Prior to the surgery, Junior was able to try a different type of rehabilitation, however this was not successful, and he was required to undergo the amputation.

After a cat fight, Itzy lost use of his left eye. The choice was made to remove the eye. Itzy was shortly adopted afterwards, and lives a happy life with his new family.